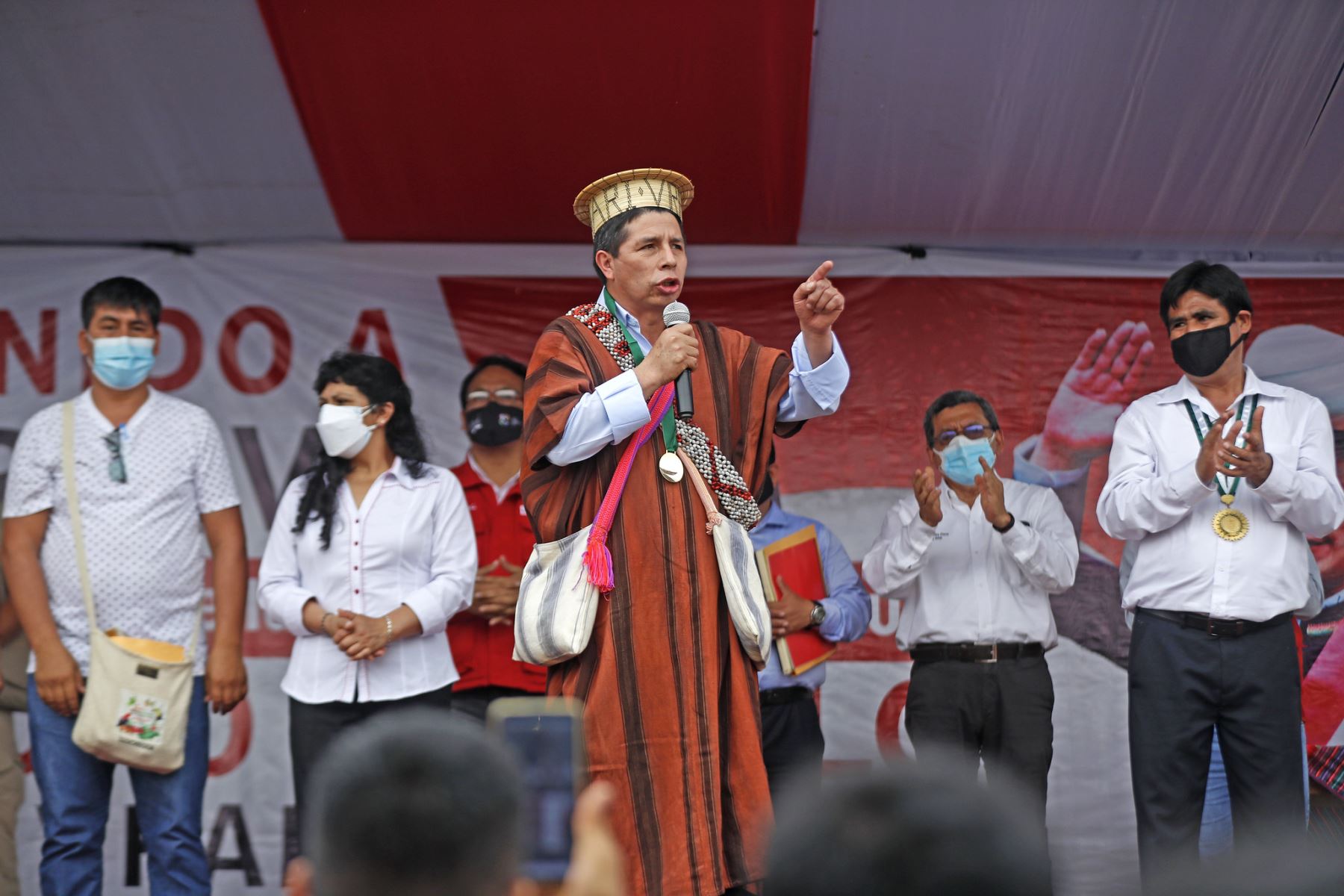 The President of the Republic Pedro Castillo on Sunday announced that his Government is committed to the industrialization of lithium and the processing of coca leaves, as well as everything that is produced deep inside Peru, as part of the medium- and long-term economic recovery perspectives that will help revive the economy of the population.

“(We want) a country where authorities can speak the same language, as well as consolidate and realize the desire of the most remote peoples in the country, such as Pichari, such as the north, to industrialize potatoes, such as the south, to industrialize —Why not?— lithium. Why not recover natural gas? This is the effort in which the Government is involved,” he explained.
The Head of State highlighted the Government’s intention to work so that Peru stops being a primary exporting country. In addition, he reiterated that it (the Government) is committed to industrialization.
“We are going to work hard so that Peru stops being a primary exporting country,” he stated.
The Peruvian leader affirmed that the State is responsible for transferring technology and providing added value to agricultural production.
Moreover, he stressed the need for Pichari to become a model and example of this industrialization, and that the latter reaches not only coffee or cacao, but also fruits and other Peruvian products.
Mr. Castillo’s remarks were delivered within the framework of the opening of CITE-Agroindustrial VRAEM, which is intended to promote competitiveness among producers and companies linked to the coffee and cacao productive chain.
During the inauguration, he was accompanied by Peruvian First Lady Lilia Paredes; Production Minister Yvan Quispe; the executive director of the Technological Institute of Production, Sergio Rodriguez; the head of CITE-Agroindustrial VRAEM, Jose Garcia; as well as local entrepreneurs and producers.

3Achain Blockchain based in Lugano Switzerland, the European capital of cryptocurrency, will be present at the Eleventh Tunnel & Mining...